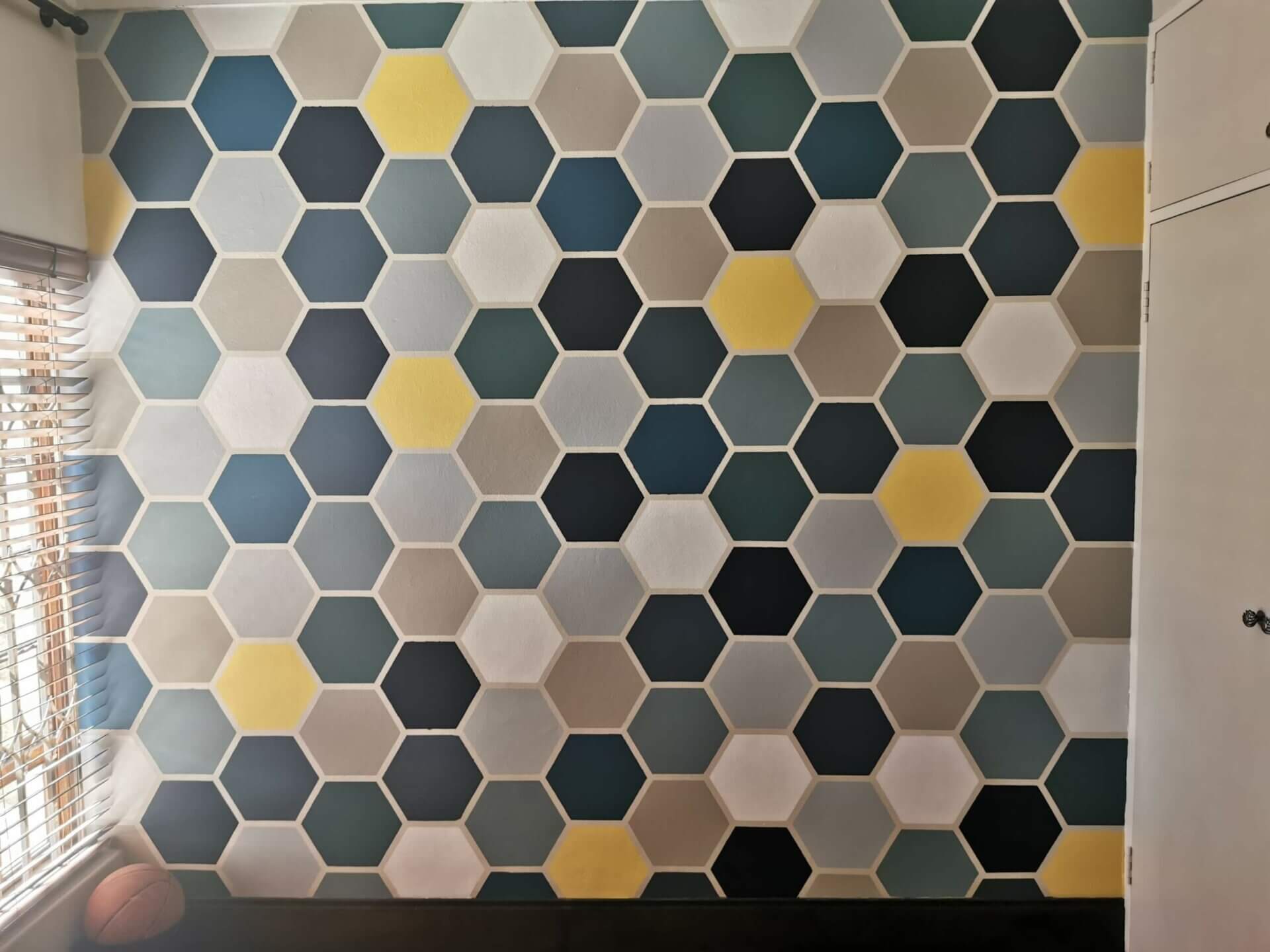 "We relocated from KZN to Middelburg in Mpumalanga in December last year.  Slowly but surely we are adding our personal touches to the house.  I was desperate to paint an accent wall and my son Enriko’s room was a good place to start.  Pinterest was a big inspiration and the paint choice, being Tjhoko, was easy.

I took the inspiration for my colour scheme from his duvet cover and being a boy’s room, it worked really well.  Besides the blues, I wanted to add a few blocks with a total different colour and the choice was between red and yellow.  I decided on a muted yellow which complimented the other colour combinations.

I used by Brother Scan N Cut to cut a hexagon out of cardstock of about 30cm.  Armed with a level, masking tape and my template the process started.  One of the tips I got from Pinterest was to start in the middle of your wall, which I did.  With a helping hand from my husband Colin, we made sure the template was level and then put the masking tape down around the template.  From there we moved on until the whole wall was taped.  This was a big job.

I normally do like to have everything symmetrical but this was a total different story.  I painted randomly with a colour and then started with the next colour, making sure that the masking tape is properly secure so that the paint don’t leak underneath.  I tried not to paint the same colour next to each other, which became a challenge towards the end.    The most difficult part was the last few blocks but it was a joyous moment when I painted the last block and even more so when I took off the masking tape."

I am really proud of the wall, job well done I would say 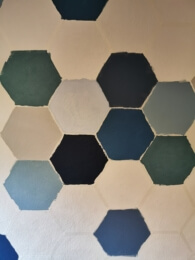 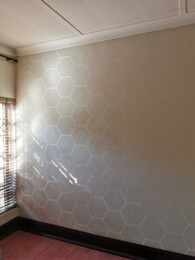 Use the button below to submit your own innovations using TjhokoPaint and we may feature you in our #TjhokoCreations section. Submit my project

View more
Shopping Cart
No products in the cart.